Highlights of Oskari in 2018

New Oskari community year starting, these were the highlights of Oskari in year 2018!

Not in any particular order, but here are 8 of the best things happened in Oskari community! Share yours in Twitter with @oskari_org.

Download basket offers the possibility to download datasets - first Oskari community bundle was released! With the download functionality you can select an area on the map based on free drawing or existing borders and download the chosen datasets that intersect the area. Download possibility is a community built plugin for Oskari and it has been taken in use in many Oskari instances.

2. Map layers are now in order

Oskari has now a core functionality which allows the possibility to provide hierarchies to map layers. And it is also the first ever tool in Oskari core that was created by several organisations’ joint development efforts! Previously map layers could be handled only inside one theme, but now they can belong to several map hierarchies (like bicycling routes can be shown in “Tourism”, “Sports” and “Networks” themes). Also the user interface was developed further to save space in the layer handling by adding the chosen layers into a separate tab.

Thematic maps is a core Oskari feature that has the ability to create choropleth maps from statistical interfaces. This tool among others was renewed in spring 2018 and it combines statistics and maps quite neatly. Now you can also create point symbol maps (proportional symbol maps) from statistical data related to areas. You can also view the data through bar charts and sort the attribute table more easier. The layout has been lightened so that the opening windows do not cover the maps as much as it did before.

At the same time the Time Series Tool and Terrain profile tools (WCS-service support) was taken in use.

Oskari community wanted to start promoting crowdfunding for Oskari projects. Some of the needed Oskari tools are community inspired and might gain funding from several instances. Start your crowdfunding campaign today! Oskari community provides the process and helps you with the marketing.

Already 38 organisations in Oskari community together with 10 Joint Development Forum members. In the spring 2018 we also experienced an unexpected voting frenzy for new organisational members to the board with over 700 votes 🙂

In 2018 Oskari projects went onward and released new tools and fixes to Oskari. Some of the projects have just recently established. The biggest news was that Statistics Finland starts using Oskari as their map platform. The announcement was made in EFGS conference held in Helsinki in October and it is line with the EFGS’s mission to combine statistics and geography - this Oskari does very well.

Oskari PSC (Project steering committee) has been actively meeting and GitHub usage has steadily grown. We are also eager to get more developers to take Oskari in use and we are happy to see that new organisations and members are starting to join in!

Oskari is in the OSGeo Incubation process and OSGeo Incubation Committee craved for more open communication from Oskari. So Oskari totally opened up its discussion channels: Gitter and User mailing list are now in active use. As the Godfather of Oskari - Timo Aarnio said in FSFE interview: “Go open today, there’s no excuse not to”.

7. New use cases on Oskari API

During the year we have seen lots of good use cases on Oskari API. The Social Insurance Institution of Finland took Oskari API in use in the fall 2018 and almost at the same time GIS education portal PaikkaOppi turned 10 years and Oskari based. PaikkaOppi has been pioneering the use of open source in GIS education. In 2018 PaikkaOppi started to use Oskari API and tailored contents to bring GIS learning more approachable for kids in schools.

This inspired us to collect all the known Oskari API examples together. Tell us yours!

8. Lovely Oskari Otter in the field

Last but not least. Oskari Otter traveled his way into people’s hearts in Twitter<3! We had the privilege to start working with Oskari Otter - a laid back full stack developer who has been living most of his life in the basement of National Land Survey of Finland enjoying his share of fish and chips. In the fall 2018 Oskari Otter blew the roof and became the ambassador of open source. Now he travels everywhere Oskari software goes. If you see him, be sure to take a picture and tag him #oskariotter. 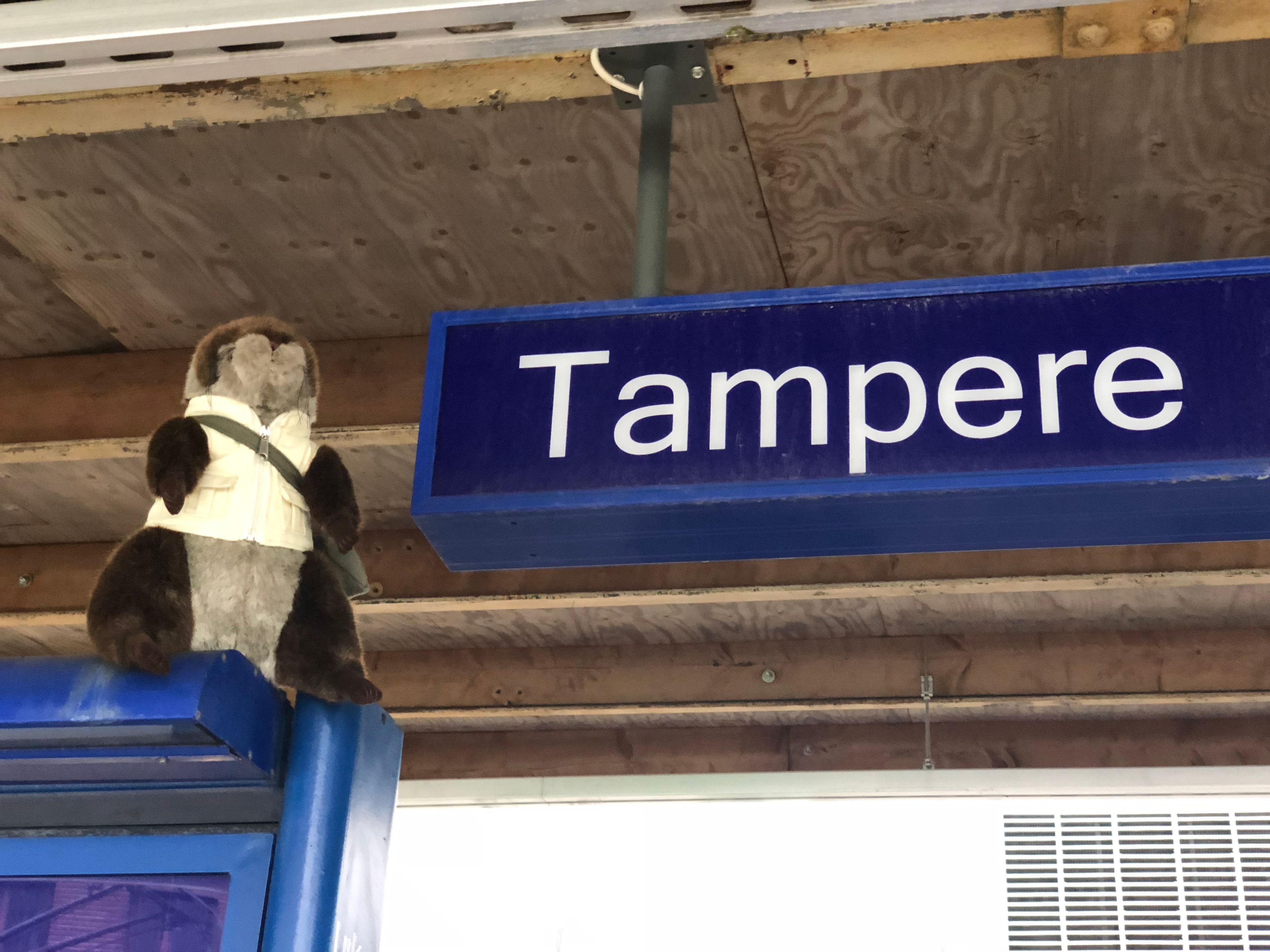